To Have Died Young In One’s Prime

I started down a path that would have likely led to some disgruntled comments from people who would know of whom the original post was about.  And therefore I retracted that information.  But I will say this:

When people lament the loss of a life, “snuffed out too soon, gone before their time,” you have to really look at the circumstances around the death before we assign an appropriate check-out time.  When Brittany Murphy died a few years ago after a drug overdose, there were a LOT of people outside the Murphy camp but emotionally invested (for whatever reason) in her life, saying she had died too young.  Yes, she was young.  But you’re never too young to die from the illnesses you refuse to treat, such as drug addiction or flammable colon gas.  And how many people tried how many times in how many different ways to get Brittany healthy?  Ultimately it was a psychological drive to drugs, which then killed her, which had gone unrooted and untreated, and perhaps untreatable.  It’s sad.  And it’s even more sad when it happens to somebody who isn’t famous, who didn’t have any money to handle expenses, and leaves behind a family to pick up the pieces.  And by “family” I mean children, not a co-dependent  spouse or lecherous entourage lacking any discernible talent.

And at the same time, I noted the following in a moment on-stage a few years ago, while pondering the deaths of young people.

So before we wail and groan when a life goes too soon, please look at the circumstances of it for a Reality Check.  At what age is somebody NOT “too young” to die?  I am hoping to die much like my great-grandfather, in his sleep at the age of 91, shot by a jealous lover. 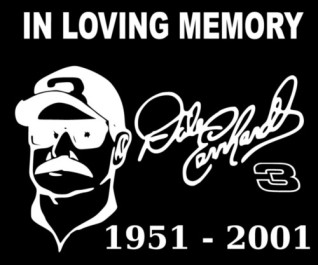 Geoff Lott is a "thinking person's comedian" as much as a "drinking person's comedian." Born and raised near Seattle, his writing and comedy is Cloudy with a Chance of Hope. Less offensive than your average nightly news program, Geoff is opinionated with intent, and a rebel without a clause. A comedian, actor, dad, husband, co-worker, weirdo, and great friend, Geoff Lott has a sense of humor like a sommelier's sense of smell; aged well, with a hint of dark chocolate, Irish whiskey, and leather. Credits and press kit available upon request!
View all posts by Geoff Lott →
This entry was posted in Uncategorized and tagged aging, death, dipshits, Geoff Lott, Humor, Idiots, life, perspective, YOLO, youth. Bookmark the permalink.